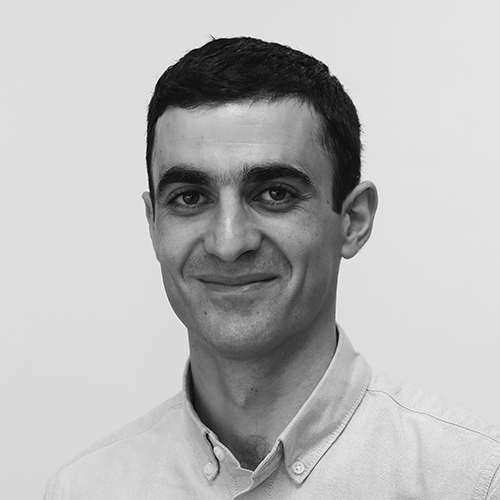 The 1994 Ceasefire Agreement and Proposals to Exclude Violations

Following the cessation of large-scale military operations in 1994, the Nagorno-Karabakh conflict's negotiation and regulation process can be divided into two components: Political Component and Military Component. Political Component and Military Component. The Military Component involves the ceasefire maintenance. This second component can be called a platform development for a political settlement.  To put it briefly, in the first stage the ceasefire is reinforced by mechanisms, the parties are not shooting, higher-caliber weapons are not used and only in that case it’s possible to move on to the second stage, that is to the final political settlement through negotiations. This is the logic of the negotiation process, which  on May 16-17, 1994 Vladimir Kazimirov, the Russian co-chair of the OSCE Minsk Group and the authorized representative of the Russian President, has clearly mentioned at Moscow talks. And where did this talk come from? Why did Kazimirov recall it during the meeting?

After the May 12, 1994 trilateral ceasefire agreement’s entering into force on May 16-17, 1994, the Defense Ministers of the involved parties, including the Commander of the Nagorno-Karabakh Defense Army had to gather in Moscow to reach an agreement on consolidation of the ceasefire․ It was clear that the ceasefire was already approved by the May 12 agreement, yet there wasn’t any mechanism, which would make it possible to control the ceasefire maintenance.

Actually, the Nagorno-Karabakh Defense Army and the Azerbaijani Armed Forces were only a few meters away from each other on the line of contact. That is, any tension could lead to a greater escalation and everyone knew that the ceasefire was fragile and in case of any changes in the situation, a large-scale war might resume. According to the preliminary agreement, mechanisms had to be inserted for maintaining the ceasefire. What did the Russian side as a chief mediator suggest? At that time, the OSCE and the other countries of the Minsk Conference had just joined the process. The Russian side, represented by the Russian Defense Minister Pavel Grachev, offered to solve only the issues related to strengthening the ceasefire, leaving political issues to the second stage. Particularly, it implied the following mechanisms: the troops of both parties that is the Azerbaijani Armed Forces and the Artsakh Defense Army were withdrawn from the contact line at a certain distance and peacekeeping forces were deployed in interposition areas. According to the Russian side, these peacekeeping forces should consist mainly of the Russian military. The representatives of the CSCE Minsk Conference countries would also join (as an observer). However, the Russian troops would be the main military power, which should follow both the withdrawal of the troops and the peacekeeping.  This was suggested as a main mechanism.

Actually, the proposal made by the Russian side meant a troops retreat and not a withdrawal, and the Russian troops were deployed as a guarantee for a ceasefire maintenance. It seemed like the Azerbaijani side didn’t oppose the agreement with only a nuance. Though the Minister of Defense of Azerbaijan Mammadrafi Mammadov claimed that besides implementation of this, the withdrawal of the troops should be fixed by this agreement. That is, the point referred to the peace treaty and it referred not to the decision made by the commanders of the armed forces, but made by political authorities. There was another format for that and another platform had to be developed for getting through it after the first stage. That is actually where the main policy of Azerbaijani side begins.

Mammadrafi Mammadov even noted that he had some doubts about the participation of the Artsakh Defense Army Commander, but when it was discussed the issue of financing the deployment of Russian peacekeeping troops, the Armenian side suggested dividing it into 3 parts: the Republic of Armenia, Artsakh and Azerbaijan should provide those peacekeeping troops with 33%, and the Azerbaijani Defense Minister didn't have any objection on this issue. So when it came to finances, there was no objection that the Nagorno-Karabakh provided financial resources as a full party.

In fact, it seemed that they reached an agreement, but two days later, on May 18, the Azerbaijani Defense Minister returned to Moscow and reported that they didn’t agree with the agreement. According to Vladimir Kazimirov, Mamedov was accepted not by the Russian Defense Minister but by the Deputy Minister in Moscow. Therefore, the situation remained the same after the May meeting. That is, when looking at the line of contact, in this case at the border between the Republic of Artsakh and Azerbaijan, there are the same posts, the same troops order, and there is no suppression mechanism, which will really make it possible to maintain the ceasefire. So, we got to the point that the ceasefire maintenance depended only on the goodwill of the sides. If Azerbaijan does not want to maintain the ceasefire, he doesn't do it and there is no mechanism determining which of the sides have violated the ceasefire.

For the second time, an attempt was made for a ceasefire maintenance deployment  in February 1995. On February 4, the parties came to an agreement and on February 6 the agreement entered into force. Here, the point wasn’t about the deployment of peacekeeping forces, but was about maintaining direct communication mechanism.  That is, an attempt was made to maintain ceasefire through a direct communication between the Nagorno-Karabakh Defense Army, Armenia and Azerbaijan. Direct communication particularly meant an intercity connection. The sides were installing appropriate devices for providing an intercity connection and if one of the sides was recording any ceasefire violation from the opponent’s side was immediately informing about it via fax or if not possible via intercity connection , by sending copy of the document to OSCE Minsk Group as well. Thus, the mediators also had that complaint, after which a group of independent investigators visited the area of violation, the OSCE Minsk group’s representative was also there and they were trying to find out how the violation actually happened just on the spot. However, this agreement actually didn’t work as well and just remained on paper like the previous agreements and neither the direct connection mechanism, nor the group of independent investigators have never been on that area. The only mechanism, working to some extent since the end of the 1990s is the monitoring group of the Personal Representative of the OSCE Chairman-in-Office. In fact, during these years we have the group of observers as the only mechanism for checking the ceasefire maintenance, who visit the contact line as well as various parts of the Republic of Armenia and the Republic of Azerbaijan border for several times a year and find out whether a violation was made or not. However, they observe the violation taking place at the moment. In fact, as you see, Azerbaijan has never agreed to use the independent mechanisms of the ceasefire maintenance, which comes from the policy of that country.