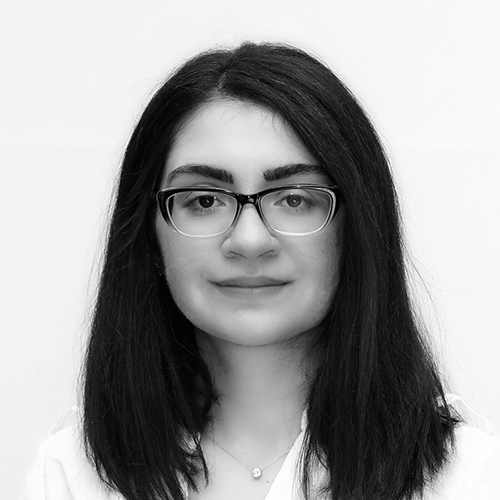 The Opposition Candidate may win again in Istanbul elections

On June 23, new mayoral elections will be held in Istanbul. The decision on the mayoral election revision took place on May 6. Turkish authorities, particularly the ruling Justice and Development Party (AKP) announced, that there were election violations, especially people involved within the number of commissions of polling stations are not civil servants, which violates the electoral process. At the same time, they have announced that violations were registered in a number of polling stations just on the day of elections, hence new elections should be held. On May 6, Turkey’s Supreme Council made a decision to cancel the elections held in Istanbul and hold new elections on June 23. Opposition parties, particularly the main opposition Kemalist Republican People’s Party and Istanbul’s candidate Ekrem Imamoglu announced that the decision was unacceptable and called for fighting until the end. At the same time, they stated that if the elections are cancelled only in Istanbul, it will show that the Supreme Electoral Council acts in the interest of the authorities. They demanded to cancel the elections results all over the country and hold new local self-governing elections. However, the Supreme Electoral Council refused all their applications and decided to hold elections only in Istanbul. The predictions about who will win in Istanbul elections vary. There are even surveys done by different research centers and organizations, a part of which testify that the opposition candidate Ekrem Imamoglu will again win in these upcoming elections. Nevertheless, it is not excluded that the authorities will try their best to undermine Imamoglu’s victory. There are predicted a number of possible scenarios, which may take place during the elections. The first one is that they will try to “smash” Immamoglu with all possible means. The representatives of the authority, including President Erdogan, authority candidate Binali Yildirim and the AKP elite continually accuse Ekrem Immamoglu and Kemalist Republican People’s Party in cooperating with pro-Kurdish Party. They announce periodically that the pro-Kurdish Party, in its turn, is the PKK wing of the “Kurdistan Workers’ Party”, recognized by the authorities as a terrorist party and thus Kemalist RPA also supports and cooperates with the PKK. Immamoglu himself reacts strongly to the statements made about his relations with Turkey’s “Kurdistan Worker’s Party” and he denies such kind of relation. The problem is that the People’s Democratic Party who hasn’t nominated any candidate for Istanbul elections, has announced that they are going to support Immamoglu. That political party is one of the highest ranked parties among the Kurdish, and if he does not nominate a candidate in Istanbul, we must take into account that people who vote for pro-Kurdish PDP, in this case will vote for Kemalist Republican People’s Party candidate Ekrem Imamoglu. Turkish authorities spread all the thesis related to PKK in almost all the recent year’s elections. Just during the parliamentary and presidential elections, held in 2018, one of the most important thesis and the main component of their propaganda was the struggle against PKK and PKK’s relation with other political parties. Erdogan announced the main concept of his propaganda the thesis of Turkish struggle for survival, Beka Sorunu in Turkish, which means that Turkey should fight for territorial integrity and for the protection of the county’s constitutional order. Within these thesis frameworks, Erdogan announces that they should struggle against all those who will try to divide Turkey and first of all it is the PKK and the organizations led by Fethullah Gulen.

The next problem I see, compared with the last year elections, is the number of violations registered during the 2017 Constitutional Referendum in Turkey and Parliamentary and Presidential Elections in 2018, as well as Local Self-governing Elections in 2019, which was not common in Turkey after the 1950s, when the country passed into a multi-party system.  However, electoral violations are noticed in the elections held in recent years and it’s not excluded that the authorities will make electoral frauds. We should take into account that the difference between Immamoglu and Binali Yildirim is not so big. Based on the latest estimates, their difference reached 13 thousand votes, and I do not think that it will be difficult for the authorities to get those 13 thousand votes in favor to Binali Yildirim. I think that re-elections in Istanbul were expected, as if looking back at the afterwards events of March 31, we will see that the authorities were planning to do that. The next day following March 31, when it turned out that Immamoglu was to win in Istanbul, the authorities started creating some problems. First of all they announced that a recalculation of votes should be held in numerous regions and it took about 2 weeks. Votes in a number of regions of Istanbul have been recounted and as a result, the difference between Immamoglu and Yildirim was reduced from 27 thousand to 13 thousand votes. Even, when it was confirmed that Immamoglu was ahead of his opponent, the Mayor’s mandate was granted to him. However, we see what was going on at the Council of Istanbul: they were trying to suppress Imamoglu, as the majority of council members were still the representatives of Justice and Development Party, and any proposal suggested by Immamoglu and RP Party was refused by the AKP and they created difficulties for the opposition forces in Istanbul. Finally, they reached their goal and new elections will be held in Istanbul. It is not excluded that Immamoglu having gained rather high rating in Istanbul ranks rather high than Yildirim as he made an impression of a more charismatic and flexible political figure than Yildirim.  We can observe that very often Erdogan makes different statements instead of Yildirim, which means that Yildirim always remains in the shade compered to Immamoglu, who visits different regions of Turkey, including Turkey’s Black Sea regions, Diyarbakir and many other provinces. And this is also a part of the campaign as Istanbul is a big city and people living in Istanbul have come from different states of Turkey. Hence, the visits of the 2 candidates to different regions outside Istanbul were not by chance: by this they try to show that in future they will not be limited with Istanbul only. As they are people born in different provinces in Istanbul, they try to do such things to receive more votes. It is probable, that Immamoglu will win the elections again and take the Mayor’s office. However, I think that Erdogan will not put down his weapons and will certainly have the second plan. This plan envisages creating problems in Istanbul Metropolitan Municipality. They can incite various criminal proceedings against Imamoglu and accuse him of various crimes, which he has not committed and thus achieving Imamoglu’s resignation and it can be even worse, he can be arrested. Another possible version is that the central authorities, that is Ankara may cut the funding for Istanbul, so Imamoglu may face serious problems and fail to implement all his projects for not having any serious funding. They will gradually make Imamoglu resign. It is important for the authorities to take the power over Istanbul, as it is one of the most important cities and in case of new elections, if the power is in the hands of Istanbul’s opposition forces, it is more likely that they will lose during the parliamentary and presidential elections in Istanbul. Furthermore, keeping Istanbul in their hands is also important economically, as Istanbul provides over 3% of the country’s GDP. Erdogan doesn’t want to yield Istanbul, as it is the capital city of the Ottoman Empire, and if considering the fact that in recent years Erdogan has been known as a new sultan of Turkey, it is also somewhat “insulting” for him to loose Istanbul.