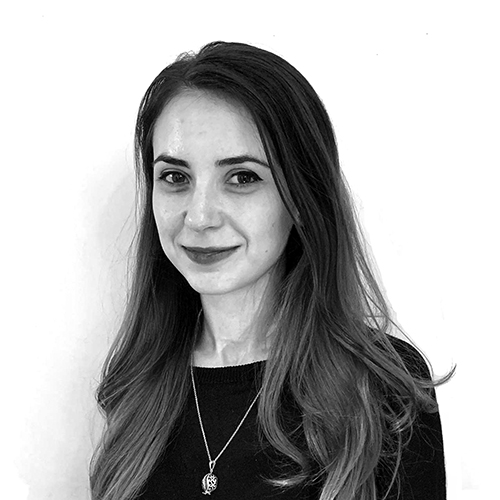 2020 saw an economic decline for the whole world. The COVID-19 pandemic dealt a huge blow to the health system and also led to a chain of economic events eventually resulting in a gradual decline in local economies around the world. Prior to the outbreak of the pandemic, international organizations had predicted a slowdown in economic growth for 2020 this was due to tensions between the USA and Iran. Tensions between the US and China and between numerous other countries also influenced trends in economic activity.

Although the International Monetary Fund previously predicted a 3.3% growth in the world economy, these forecasts changed immediately as the epidemic spread. The IMF first predicted a 3% decline in the global economy and then it revised its forecast to 4.9%. Both the International Monetary Fund and the World Bank predict that the damage from the coronavirus will be greater than it was during the financial crisis of 2008-2009. Moreover, according to the WB forecasts, the economic crisis caused by the coronavirus pandemic may be the worst since World War II.

E arly this year, it seemed that China’s economy would suffer the heaviest brunt from COVID-19, however, the economy restored fairly quickly. In the first quarter of this year, China’s GDP registered a 5.3% decline compared to the same period in 2019, in the second quarter it recovered quickly by recording a 21.1% GDP this was compared to the first quarter and 3.2% growth to the second quarter of the previous year. Generally, according to preliminary data, in the first half of 2020, China’s GDP registered a 1.6% decline. By ensuring such a low rate of decline, China once again showed its supremacy by combining systematic state policy with its national discipline.

U nlike China, the US economy is still unable to cope with the pandemic in terms of both health and economy. In the first quarter of this year the country’s GDP registered a 5% decline compared to the same period of last year, then in the second quarter the GDP decline was 32.9%. Already in mid-March, the US Government injected 2.3 trillion dollars into the economy for unemployment benefits ($600 a week) to support business loans as well as to meet the needs of the healthcare system. In April, first $350 bil. was allocated to support the economy, and then $500 bil.

The US Federal Reserve implemented a stimulating monetary policy, repurchased large amounts of Government bonds and mortgage guarantees, actively used repo functions and reduced the financing rate to zero. In August, the US President announced the termination of salary taxation by the end of the year. Despite such large-scale measures, the US failed to avoid the deep economic downturn in the second quarter.

F ighting against the pandemic wasn’t easy in post-Brexit Europe, at the initial stage of the virus EU unity was undermined and each nation was trying to fight the virus independently. This approach was ultimately not effective. The EU’s GDP, according to preliminary estimates, decreased by 14.4% in the second quarter of 2020 compared to the same period in 2019, recording the worst decline since 1995. The GDP of the leading EU countries, France and Germany decreased by 19% and 11.7% respectively. The decline in the EU GDP in the first quarter was 2.5%.

2 020 was one of the worst years for the Russian economy as well. The pandemic was accompanied by a decline in demand for oil and gas. The Russian budget is quite dependent on the sale of oil and gas. Although, now the national economies are open and the demand for oil is recovering day by day, Russian Gazprom reduced its exports to Europe by 18% compared to the same period last year.

E conomic year wasn’t favorable for neighboring Georgia as well. In the first half of 2020, compared to the same period of last year, Georgia’s GDP fell by 5.8%. A 2,2% GDP growth was registered in the first quarter of the current year, and 12.6% decline in the second quarter. In the first half of the year, foreign trade turnover of Georgia decreased by 18.2%, imports by 19.1% and exports by 15.9%. In the second quarter of this year, 36.2 thousand tourists arrived in Georgia, which is 94% lower than the results recorded in the same period of 2019. Georgia’s economy, which is heavily dependent on tourism, may record some growth in August, in line with the gradual opening of borders.

T he pandemic also had a significant impact on Azerbaijani economy. On the one hand, the Covid-2019 pandemic led to a reduction in demand and an excess of supply in the oil market, as a result of which the oil prices fell sharply (WTI oil price was $45.9 per barrel on March 5, and it was already $11.6 per barrel on April 11), and on the other hand, Azerbaijan went on the way of imposing restrictions. Based on the official statistics of Azerbaijan, only 2.8% GDP decline was recorded in January-July of 2020 compared to the same period of last year. At the same time, state budget revenues increased by 11.4%, capital investments by 2.6% and agriculture by 2%.

T he pandemic with its economic decline didn’t miss the Armenian economy either. A number of restrictions were applied in Armenia in March which were somewhat lifted in May. Due to these economic consequences of the pandemic, a sharp decline in economic activity was also registered in Armenia in the second quarter of this year. This was due to supply factors- labor supply and productivity reduction, disruption of supply chains, as well as by demand factors: decrease and delay in consumption and investment, increase in the tendency to save savings.

The average monthly nominal salary increased by 5.4%, making 186,410 AMD in the first half of 2020 compared to 2019. The average monthly salary in the public sector was 162,011 AMD, an increase of 8.3%, and in the non-public sector 198,323AMD, an increase of 3.8%. It’s also noteworthy that in the current crisis, the Central Bank of Armenia was able to ensure low inflation by implementing a stimulating monetary policy. In July 2020, 12-month inflation in the consumer market of Armenia made a 1.5%, and 2.7% deflation compared to the last month.

In terms of the strategy to fight the pandemic, countries were initially divided into two main groups: those that installed strict restrictions, such as the vast majority, which included Armenia, and those who continued their normal activities (such as Sweden and Belarus). Studying the Swedish model, we can state that coronavirus-related deaths were 6 times higher than in Denmark and 12 times higher than in Norway.

Not applying restrictions didn’t help the economy either. According to the forecast of the Central Bank of Sweden, the country’s GDP will decline 4.5% in 2020. As a comparison, that 4.1% GDP decline is predicted for Denmark. And this is quite normal as the economy of Sweden is highly dependent on international trade. Thus, the disruption of the supply chain had a direct impact on the Swedish economy. Therefore, even those countries, which didn’t implement strict restrictions, were still subject to the economic restrictions that plagued the world.

To sum up, we can state that the implementation of restrictions is the most effective way to fight the pandemic and in this context, Armenia strategically made sound decisions.