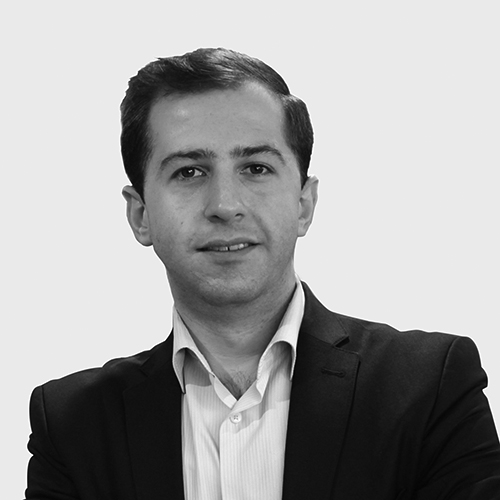 The issue of the legal-political legitimacy of the Constitutional Court is expected to be resolved by voting on April 5.  Until that, political forces and public actors have an opportunity to reach their point of view to the public trying to bow the latter to the idea of a “yes” or “no”. In both cases the voter faces both a simple and difficult choice.

Within this context, the emphasized inactivity of the “no” camp and the behavior of the parties refusing to raise the “no” flag is quite noteworthy. The fact that numerous political organizations are clearly against the amendment of the referendum article, became known through parliamentary voting, speeches and official statements. Nevertheless, the “no” ideals neither hurried to take advantage of the opportunity to influence public sentiment, nor agreed to participate. Being against it and urging the public to reject the amendment, these organizations, actually, refuse to defend their approach in an open political arena.

Referendum is the primary tool of direct and simple democracy, to which the authorities usually have difficulty to turn to. For instance, 5 referendums have taken place in Armenia since 1991 (once on the issue of independence and 4 times on the Constitution). The importance of the above-mentioned issues in the public-state life hints, that for the past 30 years, the public has used the instrument of direct realization of power in exceptional cases. And it’s natural that the supporters of a “yes” and “no” camp have tried to convince the public of their truthfulness. Only in 2005, the “no” side wasn’t formed, as the opposition of that time advocated the active boycott with a biased confidence in the falsification of voting results.

Currently, none of the political organizations, don’t justify its absence in a “no” camp with a suspicion towards a “free, fair and transparent” electoral process. Hence, being opposed to the subject of matter, a publicly accountable political organization refuses to assume the responsibility of the “no” flag, when the request is made to a voter, whose vote decides the status of the same force. Besides being an instrument of the direct realization of people’s power, referendum is itself one of the most important institutions of the political system. It is formed in an “open-air” political square, where political “lawsuit” takes place. The sides of the “yes” and “no” are the role players, who have a problem persuading the jury, in this case the public, to make a decision in their favor with their skills, knowledge and arguments. The referendum therefore is about the public, their opinion and will, and there can be no more important issue for political organizations than the will of the public, its expression properly and to take account with that opinion. Thus, when a political organization refuses to participate in the event of expressing public will, so it should have a very specific and substantiated argument for it.

The political forces who are the bearers of “no” but who have declined the status of flag-bearer, are in fact calling for boycott. The latter in the current situation is probably the easiest way to avoid a political battle. Today, when the Constitutional Court is publicly seen as the last “bastion” of the former authorities rejected by the revolution, it may seem risky to raise the “no” flag in order to keep it. However, the practice of not choosing sides, hiding under the umbrella, always being in the center seems to be exhausted since at least 2018.

Here arises the perception of resolving the legal-political legitimacy issue of the Constitutional Court. In the vocabulary of the “no-abstainer” forces, the referendum issue is merely presented as a legal problem with legal justifications. Whereas the issue is first of all political, conditioned by the fact of the Constitutional Court’s being the supreme body of the third branch of government and then undoubtedly playing a decisive role in all political processes since 1996. The politicization of the issue, which is done by burying the problem in legal structures, subjecting them to procedural and professional detailing and most importantly by removing them from public discussions, fits into the logic of the previous circle, with a clear tendency to politicize the politics and to desert the political field. Furthermore, it would be impossible to implement the 2018 phenomenon due to exclusively guided by legal logic, it was impossible to elect a Prime Minister who didn’t represent the parliamentary majority notwithstanding legal and constitutional norms, to dissolve the Parliament and so on. Unfortunately, the political organizations in Armenia refuse to recognize that their activity field is political and since when these forces evade the politics they finally become marginal.

Calls for boycotting the referendum, which largely come from former authorities, seem more honest. The latter seem to have learned a lesson from history by refusing to take the role of “black” and “anxious” this time, which they voluntarily taken in the December elections of 2018. Understanding public moods, as well as making arithmetic calculations, the supporters of the boycott do not even conceal that there is an opportunity to overthrow the legal-political crisis solution of the Constitutional Court. Taking into account the unfamiliarity of referendum institutes to the public, the lack of the narrow personal motivation of people to vote and many other circumstances, the supporters of boycott are clearly looking forward to receiving “no” in the end. Certainly, this is a political calculation, incomparably preferable and thus more valuable at least in terms of adopting a political orientation.

Hence, the “no” camp of the referendum set for April 5, can be conditionally divided into 2 parts. The first part not wanting to resolve legal-political crisis of the Constitutional Court, at the same time not daring to assume the role of the “no” flag and the second rejecting the previous experience of playing “black” and propagating “boycott” thus seeing the “no” victory. If the first one practically refuses the political responsibility, the second, changing the rules of the game of the previous elections, exhibits a principle attribute, obviously interested in the current status quo of the Constitutional Court. In both cases, however, political organizations do not dare to fight in the open field with the “yes” camp. In this context, the issue of the authority arises: with what resources and grounds the authority should ask for the public’s “yes”, which is directly linked to the complex choice outlined above.

This article is a translation from Armenian and is directed to versed readers on Armenia's political system and has nuances that need to be understood beforehand.