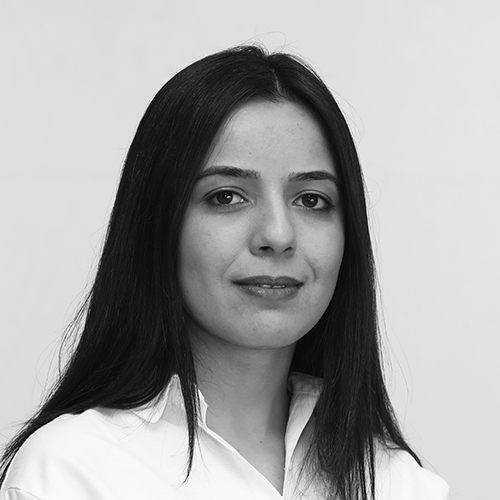 In “Mariam-Webster” dictionary misinformation is defined as intentional, sometimes secrete and false information spreading, which effects on the public consciousness and in “Oxford” dictionary as an information directed to the competitors and media directed information.

In “Oxford” dictionary the word falsification is also presented as a synonym to “distortion” and “disinformation”, and the word manipulation stands for “distortion”. Sandra Metts, a specialist of Communications and professor at the school of Communications Illinois State University, singles out “3 general types of lies”: falsification (denial of the truth/ reliable information, or the approval of the contradictory information), distortion (distortion of the reliable information by exaggeration, reducing and ambiguity), and omission (concealment of all the references of the relevant information).

Misinformation and distortion can be considered synonyms and both of them are methods of propaganda and manipulation. In almost all the of the world’s media, in which official speeches and announcements are distorted  disinformation is spread on behalf of the state agencies.

On August 23, 2018, Heather Nauert, the Spokesperson for the United States Department of State  announced that Mike Pompeo, the United States Secretary of State discussed the situation in Syria with Sergei Lavrov, the Russian Foreign Minister. Pompeo had expressed concern about military actions in Iblid and had appealed to Lavrov asking for the Prohibition of Chemical Weapons and to impose sanctions on Syrian authorities for the use of chemical weapons. Soon Maria Zakharova, Director of the Information and Press Department of Foreign Affairs of the Russian Federation, announces, that Nauert distorted the telephone conversation between Lavrov and Pompeo, saying that the State Secretary hadn’t made  such a request.

In June, 2018, the Azerbaijani media wrote, that France cancelled restrictions for companies to sell military hardware to Azerbaijan. On July 10, the French embassy  denied this information, and later Jonathan Lakota, the Ambassador Extraordinary and Plenipotentiary of France to Armenia announced, that France respects the international obligations and doesn’t supply weapons or ammunition, which can be used in a war against Artsakh. However, on July 19, the official website of the Azerbaijani President had informed, that Aliev met Herve Guillou, the director of military-industrial Company of NAVAL. According to the source, there are good possibilities for Azerbaijani and French cooperation in the military-industrial field, and the parties discussed new projects.

On May 15, 2018, Russian media informed, that Tatyana Moskalova, Commissioner of Human Rights of the Russian Federation said, that the Russian penitentiaries, in contrast to American ones, are sanatoriums [1, 2]. On May 16, The Russian Tass News Agency, from the HRD Press service, was told that some of the media misinterpreted Moskolova’s words. “HRD meant the conditions of pilot Konstantin Yaroshenko’s imprisonment,” what was noted by the HRD representative.

On August 26, 2018, “Armenia” TV channel’s program “Sur Ankyun” noted, that “…judging by the response of Arsen Torosyan, the Minister of Health, children can be vaccinated and die, approximately one daily. Later on, it was noted that A. Torosyan’s comment was on the statistical data of children’s deaths in 2017. The comment made an impression that Torosyan was talking about the deaths caused by vaccination. On August 27, the Ministry of Health announced, that the distorted picture was presented about the children's deaths in 2017, and that Torosyan had never announced, that the deaths are the result of vaccination. While presenting the statistics on maternity and child mortality in Armenia, the minister talks about all the general children death cases, not about the vaccination per se”-it was mentioned in the message. The ministry also presented the video recording of the minister's conversation.

On May 14, 2017, ZDG Moldovan website reported that Michael Boni, Polish politician and member of the European Parliament, demanded from the Publica TV channel to reject the falsification about his speech at the European Parliament on May 16. As stated in the source, the European Parliament discussed the issue of granting 100 million euros to Moldova. During the session, Boni announced that Moldova’s move towards European is not possible, because of controlled media and the lack of struggle against corruption. Publika TV, Prime and Canal 3 TV channels published only the idea of providing financial support to Moldova, omitting the critical part of the speech.  Publika TV and other TV channels removed the reporting at the request of the MP.

On May 18, 2016, Euronews wrote, that “Venice Regional Council of Italy calls for adoption legal status of Crimea and cancel the restrictions on Russia” and as a reference, published the screenshot of Sergei Lavrov’s “Twitter page”. On May 23,   Maria Zakharova, Director of the Information and Press Department of Foreign Affairs of the RF, recorded that this news is disinformation, as Lavrov doesn’t have a Twitter account. Later on it was removed from the website.

In Media there are few cases of distorted dissemination and misinformation on behalf of the international organizations and their representatives.

On February 19, 2018, Azerbaijani Trend.az news agency wrote, that Toivo Klaar, EU Special Representative for the South Caucasus and the crisis in Georgia, mentioned in his interview, that the Co-Chairs of the European Union and the OSCE Minsk group “fully support” the efforts of the International Committee of the Red Cross, to set free Azerbaijani captives Dilham Askerov and Shakhbaz Guliev [2]. In the Russian version from the same source, this part is not cited in the direct speech, and in the English version Klaar speaks about “supporting the ICRC efforts” and not on supporting the freedom of those two prisoners.

I nformation can be distorted or denied by both the Media and the official, which aims to avoid negative impact on diplomatic relations or for other reasons.

On January 11, 2018, The American Wall Street Journal published an interview with President Trump, where he said: “I possibly have very good relations with North Korean Kim Chen Ir”. Later, Trump blamed the magazine in his Twitter account for distorting his speech, by writing: “Obviously, I haven’t said such a thing. I said: “I would have good relations with Kim Chen Ir”. There is a great difference”. Sara Sanders, White House Press Secretary, had also informed the media about Trump speech distortion, and published the interview record. The Wall Street Journal wrote, that they had researched the recording again, and were sure of the content and published the recording of the interview as proof.

On September 4, 2017, Chechnya’s President Kadirov, referring to the mass killing of Rohingya Muslims on his Instagram live, said, that even if Russia defends those shaytans… I am against the Russian’s position”. However, the next day Kadirov accused the media of distorting his speech and added in his instagram account, that he is “the loyal soldier of Putin”.

Distortion of official statements is quite common in the media and on social networks, which has a purpose to spread party policy. The statements in the field of propaganda, public relations, and similar fields are widely accepted to be “used” for the purpose of influencing public opinion. The Media often uses these tricks to make information more weighty and prestigious.

This phenomenon can have negative consequences, for instance, the broadcasting of “Sur ankyun” in Armenia may become a reason for which some parents will refuse to vaccinate their children.

We think, that state institutions, who should investigate information flows, should also be more watchful, and in case of detecting distortion, immediately refuse them by informing the relevant institutions and the Media. If the media distorts the OSCE representative’s speech, it is necessary to get in touch with the OSCE representative, find out the truth and inform, that misinformation has been spread on behalf of the organization).

[1] Russian pilot Yaroshenko was arrested in 2010, in Liberia (Western Africa) and later extradited to the USA. In September 2011, he was sentenced to 20 years imprisonment for drug smuggling.

[2] Dilgam Askerov, the citizen of the Russian Federation, Shahbaz Guliyev and Hasan Hasanov, Azerbaijani citizens illegally crossed the border of the Republic of Nagorno-Karabakh on June 29, 2014 and moved to the Shahumyan Region in July. 2 people were killed and 1 was wounded as a result of their subversive activities. In December 2014, Askerov was sentenced to life imprisonment and Guliyev to 22 years imprisonment in December 2014.