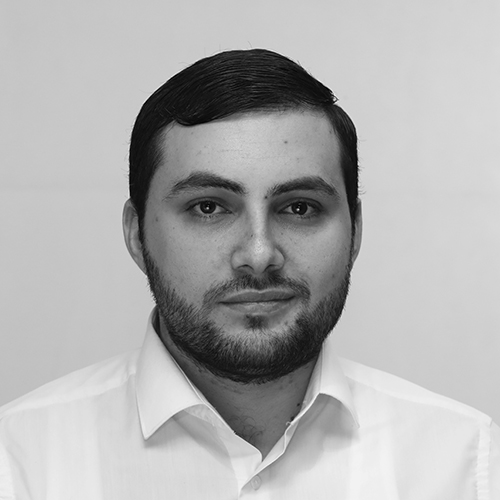 Parliamentary Oversight as an Important Tool

“Geniuses do not drop from the sky. They must have the opportunity to receive education and learn a profession” /August Bebel /

T he fact that the formation of governments occur through competitive elections, does not necessarily mean that the mismanagement of institutes isn’t observed in a number of democratic countries. Governments formed by democratic principles are not protected from authoritarian manifestations or from the abuse of power, which erode the foundations of democracy [1], and many issues that need to be solved and habits that need to be processed can persist for a long time [2]. An efficient parliamentary oversight is of great importance for the progress of the country’s democracy.

It’s true, elections are a mechanism for ensuring accountability of managers by the citizens, but not sufficient for assessing the country’s level of democracy. The lack of institutional oversight over the period between elections can lead to arbitrary governance, inefficient administration and distrust. Citizens of democratic countries should have an opportunity to demand a report from decision makers, and the latter should inform people about the government’s policies and activities, as well as to comment and justify them.

Oversight mechanism should be formed for the establishment of democracy to check the fulfillment of pre-election promises and to satisfy the public’s interest. In countries, which chose the parliamentary governance, these duties are performed by the parliament. No other institution can perform this activity, which is democratic in its form and nature. As the members of the parliament are the heart of the demographic system, the effectiveness of their oversight plays an important role in the “political healthy atmosphere” formation.

Special mechanisms of the parliamentary oversight are first of all connected with the political system of each country. The nature of the Parliament stems from the Constitution, which guides the main authorizations of state bodies. There are three main types of constitutional structure: presidential, parliamentary and semi-presidential, which differ based on relations with executive and legislative authorities and with the representatives of citizens.

In the Presidential system the president is directly elected by people. He forms the Government and carries out the immediate supervision of the executive body. The powers of the executive and legislative bodies are separated. The Parliament has an autonomy: it can have a great influence and criticize the executive body. The Presidential system is mostly popular in Latin America and African countries and in non-Baltic former Soviet Union countries, as well as in Indonesia, the Philippines, Turkey, South Korea and so on.

In France, which is semi-presidential country, the president deals with Foreign policy, Defense and Security and the Prime Minister is responsible for the Inner policy. As the Parliament and President are under the control of the oppositional political parties, the Parliament can abruptly limit President’s powers.

Some semi-presidential countries are super-presidential, where the whole power is concentrated in the hands of the President at the expense of the legislative body. Various examples of Parliaments are noticed in these main systems: from parliaments having discretionary powers, where MPs do not have real mechanisms to influence the Parliament, to those having full authority to govern. Almost all Parliaments have some common features regardless to being in this or that position of power pyramid, which have three main functions: to present people, create a law and carry out control. Parliaments apply different methods for implementing these functions. Some of them are fixed by the country’s Constitution, but very often, they are involved in the laws regulating Parliament’s activities [3].

For Parliament’s efficiency, it is very important to have proportionally structured permanent committees, which are the main tools for the development of Parliament’s policy. Besides the opportunity of combining the experience of working in these committees it has another advantage. Commission sessions are not open to public and are not published by Media, which promotes the establishment of a free dialogue, simplifies negotiation process and formation of a common opinion.

There are still some existing gaps and shortcomings in the parliamentary system of the Republic of Armenia, which is a result of a weakly developed multiparty set-up. For most of the running political parties it is an ultimate goal to have a representation in the National Assembly.  Whereas by studying the international model, we see, that for the establishment of a multiparty system, it’s necessary for the political parties to have permanent local offices and to be actively involved in the local self-governing body’s elections. We have just passed into the parliamentary system of governance and we should firstly show alertness and demonstrate political will, so as to avoid the search for a new system of governance. There is no need to change the system of governance, instead, we can increase the group of people possessing the control levers, by giving them broader powers.

By glancing at the professional qualities of the National Assembly’s MPs of the previous convocations, it can be seen some of the MPs have a lack of professional skills to implement these powers and to take control of the parliamentarian levers. Below are presented some suggestions, by which the atmosphere of confidence in the Parliament and effectiveness of governance system can be raised among society:

T he Government needs a strong and “working” Parliament: control makes the Government’s work more efficiently as it gives a political power, provides with stability and legitimacy. The Government should be healthy and lively, if it is able to identify, interpret and justify its activities and policy towards a powerful and vibrant parliament, the parliamentary oversight should be in turn considered as an advantage by the MPs. Underestimating the Parliament would mean jeopardizing the activity and resistance of the whole political system.