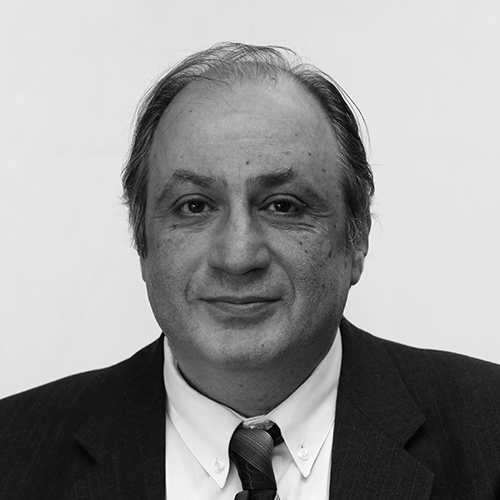 With this article we will raise the issue of and study energetics in the Republic of Armenia. This article will discuss the following in a professional manner:

We will touch upon the origin of energetics, especially some of the “myths” surrounding Armenian energy issues.

I n the beginning of 90s, when I was graduating from the National Renewable Energy Laboratory for my PHD in the USA (NREL, Golden, CO) I was surprised by the fact that none of my colleagues used the word formation “alternative energy” or  “alternative energetics”. It is almost impossible to find these terms in the NREL’s professional library. These word formations were completely absent from the Department of Energy (DOE).  The only thing that was talked about was the word “renewable energy”, which was really strange.

One observation is the “alternative energetics”, “alternative energy” and other phrases, the second observation is one about computer tools pointing out the quantitative indicators of the word or phrase usage in the following (printed) language. At first sight it seems, that these observations are abstract and are not directly related to the work, but on a second look it is not the case. In many instances, the clear perception of terms, the reasons for their emergence and the ignorance of applicational logic leads to misunderstanding, wrong conclusions and at last the formation of misleading “myths”. 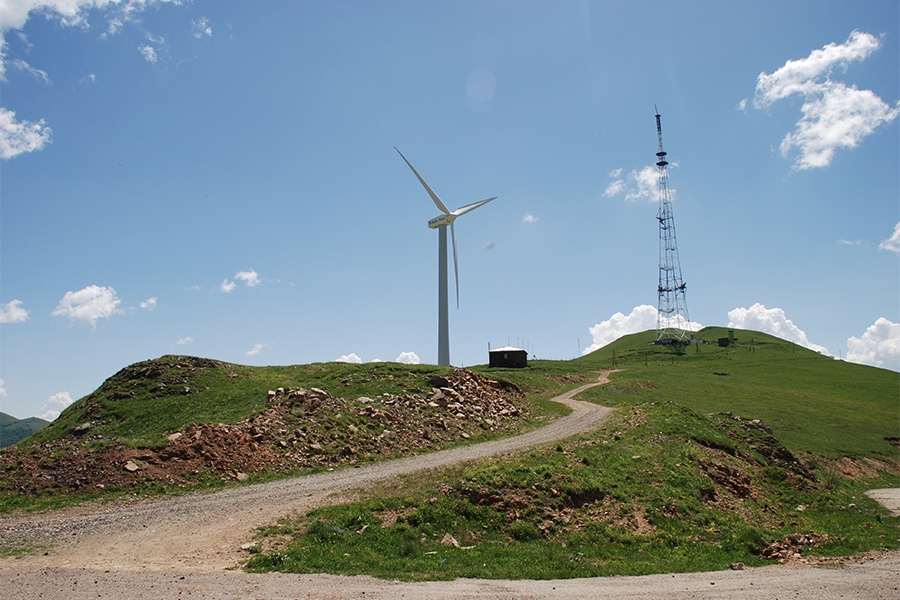 In one case, where information has been misled is the “alternative energetics” word formation. Is it really “alternative” and can it replace or be an alternative to the traditional energetics? Is it really “energetics” in the whole sense of energetics complexes? Here are the questions, which have been in focus for the Armenian professional and public sectors’ attention for more than 2 decades and have been discussed during different political and geopolitical processes.

Examination of these issues require a clear understanding on what we mean by saying “alternative” or “renewable” energetics and what opportunities it provides.

Few words about the terminology

L et’s start from the word “alternative”. Although the word alternative has a meaning of “alternating” or “altering” in English, in the field of professional application it means change and succession. In English as well as in German, French and Italian we have a phrase “alternative current” - which is a flow of electrical current known as the, “alternator” – an electric vehicle with an alternating magnetic current. 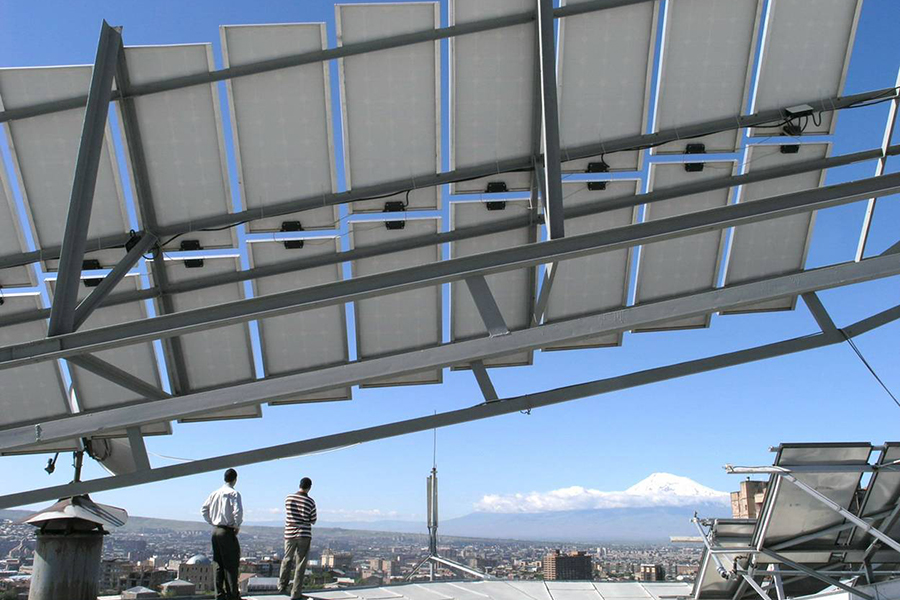 In English we do not have the equivalent for the Russian word «энергетика» (energetics). Moreover, we do not have a synonym for the concept «топливно-энергетический комплекс» (fuel and energy complex). In Armenian the closest equivalent, is վառելիքաէներգետիկ համալիր (fuel and energy complex). This is the result of the energetics development program in the USSR which lead and influenced the linguistic side of things to develop a cognate. ГОЭЛРО (GOELRO).

In English the closest in meaning to «энергетика» (energetics) is the word power industry, or just energy industry, though professionally the term power is used more. So sometimes we have power system instead of energy system, this is not only because of the polysemy of the word power (meaning strength, state’s power, electric power,  energy or strength), but a result of a unique industrial development of the modern era’s Western and especially Anglo-Saxon world which introduced the term in that manner.

O ur next observation refers to the Google N-grams computer tool, on December 16, 2010 article “11 Quantitative Analysis of Culture Using Millions of Digitized Books” in a famous Science magazine.

The complete article was published in January 2011. It announced the “Culturomics” science  birth and recorded a few important achievements. In the end of 2008 Google Books finished the digitization of 4.0% of the world’s published books, journals, and collections from the invention of printing from in 1500. Then google books formed the whole corps of word usage in 7 languages and it had about 500 billion word usage unit. As expected, the biggest was the English corpus of about 361 billion words a usage of (67%). Then followed Spanish and French each having 45 bil. units, with German following close with 37 bil. unit, and Russian on par with German with 35 bil., Chinese with 13 bil. and Hebrew having 2 bil. (to learn more about this, see here).

The next important achievement is the introduction of Google N-grams concept. Mostly the usage of one word (or a semantic unit) is observed in traditional frequency dictionaries and in national linguistic corpus. This is equal to 1-gram concept of Google Books’ corps. Meaning one separate word, such as the word “if”, or one semantic unit, such as “1915”. However, 2-gram, 3-gram, 4-gram and 5-gram concepts are observed in Google Books linguistic corps which are equivalent to word combinations formed of 2, 3, 4 and 5 words.  “Renewable energy” and «возобновляемая энергия» are the 2-grams of the Google Books English and Russian corps. N-grams tool created an opportunity to observe the frequency dynamics of a given word or word formation in a 3-century time domain for the first time in human history. This tool also gives an opportunity to show this dynamics in the form frequency distribution graphs of word or word combination usages.

C hart 1 shows the frequency usage curves of the word formations (2-grams) alternative energy (blue curve) and renewable energy (red curve) for the period of time between 1940-2008 (it should be mentioned, that the general volume of the English corps is 361 bil.). This chart allows us to make a few conclusion based on the quantitative data.

As we see, from the 60s the usage frequency of this word combinations in English starts to rise slowly, and in the beginning of the 70s the growth continues to rise progressively (geometric progression). The usage frequency of the word formations on alternative energy and renewable energy reached 0.000075% in 1981 and 1983 compared with 1970. It means that their amount used in English books and publications has reached 27 million during these 10 years.

1970-80s was a remarkable period from the viewpoint of our research. These were the simple (1967) and systemized (1973) oil embargo years of the Arabic world under the Arabic-Israeli conflict, which caused energetic and financial-economic crisis in the West. Moreover, “The systematized oil embargo in 1973 was the turning point, of which the renewable energetic development, active processing and application of energy efficient technologies, flexibility and competitiveness increase of energetics begin. These formed the main trends of OECD countries’ energetic field developments in the last decade of the 20th century. They are still in active process now” (energetics and geopolitics, p. 39).

During this decade almost all the Western, especially the Anglo-Saxon world was trying to develop a common terminology. At the first stage, frightened by the oil embargoes’ policy, the search for new energy resources started to be called “alternative energy”, proceeding from the illusion of accepting the desire as a reality rather than assessing the processes sober-minded. Soon it turned out, that these new energy sources are neither a real alternative to the traditional sources (such as oil, oil products, natural gas and nuclear fuel), nor they are new or “non-traditional”.

The wind or solar energetics being the basis of an “alternative” energy cannot be considered as a new method. The solar energy use is the main rule and tool of the Earth planet’s biosphere. The bacteria and seaweeds learned to do it about 4 bil. years ago, and people about 500,000 years ago. The first windmill samples using the wind power are known since the 6th century B.C. (Iran), the first grinders from the 13th century B.C. (Mesopotamia and Egypt), let alone navigation. Hence, both the wind and solar energies were far more traditional compared with the oil and gas, which were called “traditional” in 1970s.

The second conclusion we can make from Chart 1 is that the interest and processes touching on “alternative energy” have a clear geopolitical and political component. The growth of these terms and their usage coincides with J. Carter’s victory in the U.S. presidential elections in 1976. It also should be noted that the development of renewable energetics and the U.S. dependence from oil import from the Middle East were central in Carter’s pre-election program for the first time in the history of the U.S. As it is known among the experts familiar with the history of renewable energy development in the USA the period ranging 1977-1981 is called “Carter’s golden age”.

On the contrary, Chart 1 shows the decline of the term usage between 1981-1989, which was during the US president R. Reagan. He was rather cold about the development of the renewable (or alternative) energetics. First of all Reagan was emphasizing the role of advanced technologies, which are the atomic and nuclear energetics, lasers, superconductivity all the way up to “Star Wars” technologies. American experts call this the stagnation period of renewable energetics. It is noteworthy that there is an apparent similarity in the policies of the US current president D. Trump and R. Reagan in the field of energetics and technologies (see here).

On the contrary there is the “Альтернативная энергетика” (alternative energetics), which was in usage only since 1985-86, that is 13 years after the oil embargo of the Arabic world and the Western world’s global energetics crisis or after 13 years of appearance of the term “alternative energy” in the English language corps. It can be concluded that in 1985-86 the term “Альтернативная энергетика” (alternative energetics) appears in Russian directed and artificially, and not as a result of objective reasons, such as of external challenges.

As we have already mentioned: “In 1971-74 the USSR economic isolation and energetic self-sufficiency not only kept away from the oil embargo, but also prevented from  understanding the necessity of performing structural deep transformations in the economic system. Understanding that overcoming the energy crisis contributed to the technological progress in OECD countries in the beginning of 70s. More than a decade the whole USSR energetics and the economic system continued to stay tough, insufficient, energy and resource consuming, free from energy saving, competitiveness and efficiency” (Energetics and Geopolitics, p. 41-42).

The peculiarities of the word formation “альтернативная энергетика” (alternative energetics) and its usage show that the Soviet usage is linked with the “hopeless” and “old” soviet energetics, and the new meaning, which is attractive and progressive with the West and the “alternative energy”.

In other words, “альтернативная энергетика” (alternative energetics) is used not only as an alternative to the traditional energetics, but also as a conceptual template, MEME, a symbol of the victory of the highly technological West over the collapse of the Soviet system.

Unfortunately the N-grams digitalized corpus for the Armenian language books and publications is not created yet (see about this problem here, here and here).

For Armenia, the issues on the energetics were quickly embellished with various “myths”, distorted becoming a subject of speculation. This situation is not only unacceptable from the professional point of view, but also dangerous, as it can lead to unreasonable expectations or wrong decisions.

Please note that this article is a translation, which has been written originally for readers versed in this topic.